I’ve been keeping this quiet for the last six weeks but i have decided to go public and use my blog as my motivation to stick to my goals. There is so much waste in the world and i am just as guilty as most people of adding to it. I’m not doing it just for altruistic reasons though, i’m doing it for my own peace of mind, my own benefit and to improve my own bank balance. See, not altruistic, totally selfish. 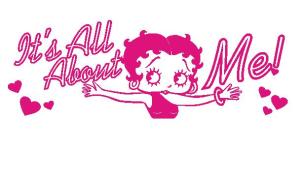 Anyway, here is where the story began back at the end of December. I’ve been keeping the diary ever since but it would be too much to put into one blog post, crikey, even i would get bored of my writing if i had to wade through all of that in one go! So, to catch up, it will be a few days at a time and then as and when i make an entry.

I’m hoping to succeed. I hope that you will join me on my journey.

Have a happy day.

Today I had an epiphany. I was standing in Next, surveying the sheer weight of the sales rails and I pulled out a rather nice grey checked shirt in brushed cotton. It was just my style. Long sleeved and long bodied, perfect for wearing to work and enabling me to bend over a wheelchair without revealing the dreaded builder’s backside. It’s not a look that I particularly relish others getting a peek of. And, now this is the best bit…the shirt was half price! Absolute bargain, total steal, that really should have been the clincher. I should have grabbed that sucker, elbowed my way past the elderly lady trying to decide between a peephole bra (don’t go there, it’s not a pretty vision) and a more conservative version and gone straight to the till, no, I don’t need a bag thankyou, my car’s outside…

But instead, something rather strange happened instead. As I stood my ground against the rather pushy, blonde haired, stiletto heeled buxom wench that was trying to get in front of MY RAIL, I had a vision of my bedroom. More specifically, the four door wardrobe already groaning with so many clothes that I have to open the door very gingerly to ensure nothing falls out. If it does, I may not be seen again for weeks. I am ashamed to say that there are some impulse buys in there that are still adorned with their price labels and have therefore never yet been worn. There are others that are a size 10 and no longer fit but I’m sure I’ll lose that stone and a half one day and then I will get into them. It’s not totally inconceivable is it? Who am I kidding? I’’d have to starve for at least six months to lose that and I happen to think that life is far too short to deny myself cake.

It’s still a waste though. I have so many clothes that I never wear, and it’s not all because they are too small and I can’t bear to part with them, just in case. I am one of those people who saves things for best. The problem is, I don’t actually know when best is? I rarely go out anywhere special to warrant having any best clothes and I wear jeans for work.

My epiphany? I put that shirt back on the rail, turned and walked out of the shop empty handed.

My buy nothing new, make do and mend year had begun.

Well, that challenge didn’t last long. I went into The Edinburgh Woollen Mill today and they had reduced the price of a Country Rose tunic top that I have had my eye on for a few weeks. Well, I just couldn’t resist it. And, technically, as I was paying for it with my left over Love To Shop vouchers that I didn’t spend in the lead up to Christmas, does it count as spending at all? It probably does, I could have used them in Iceland and restocked the freezer with Slimming World meals for one (with an eye to actually losing that extra one and a half stone and fitting into those size tens again) but it wouldn’t have been half so much fun.

Anyway, as it’s my 50th birthday on the second of January and the boys have collected together to send me to London for I know not what reason yet – I sort of love surprises, but the control freak in me is really going ballistic right now – then to start the challenge now would be just a tad foolhardy. So, I have decided on a period of reflection. I need to work out some groundrules of what I can and cannot buy during this period of deprivation, sorry, read that as restructuralisation of my lifestyle, and the challenge proper will begin on January the fourth 2018 when I return home.

Have a happy day.